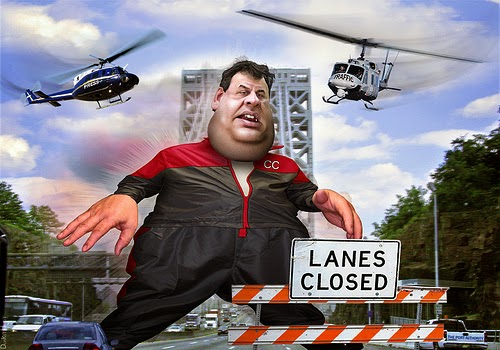 It’s been widely quoted, so much in fact that it appears to be a truism: “It takes years to build trust, seconds to destroy it, and forever to repair.”

What I’ve discovered is this: trust is not lost in a second, it erodes over time.

You may think that Governor Christie is a perfect example of the quote.

For those of you who haven’t seen a paper or listened to the news, Governor Christie, the Governor of New Jersey, is embroiled in a scandal about closing traffic lanes on the George Washington Bridge in retaliation to a political official who would not give his support to the Governor’s bid for re-election. Christie has publicly stated that his staff closed the lanes without his knowledge or consent. However, his bullying reputation is widely known, as is his penchant for retribution. The New York Times has said, “Christie is sensitive to slights and politically belligerent.”

One of the 5 tenets of trust is caring. Bullying is contrary and establishes a pattern of behavior… an erosion of trust. Given the erosion that has occurred over the years, is it really this one event that destroyed trust? The erosion started years ago and it just took one more decline for the trust structure to go over the cliff.

In Steven Covey’s book “The Speed of Trust”, he talks about the two pillars of trust: character and competence. The majority of trust issues are around violations of integrity, a combination of congruency, humility and courage.

What can we learn from Christie’s loss of trust?

#1. Act according to values. Show that there isn’t a gap between what you say you value and what you do.

#2. Be humble. Humility involves acknowledging others contributions rather than seeking all the glory. As Covey says, “A humble person is more concerned about what is right than about being right.”

#3. Demonstrate courage. Courage is doing the right thing even when no one is watching. It is about being brave enough to be vulnerable and admit mistakes.

Most people understand right and wrong. Untrustworthiness doesn’t usually stem from a blatant character flaw or being a bad person. It comes about through a process of moral justification, a process of reinterpreting immoral behavior in terms of a higher good.

A Simple Guide to Trustworthy Behavior

Follow the Golden rule: “Do unto others what you would want them to do to you.” You can also apply Rotary Internationals four questions to guide you:

Once the building has gone over the cliff, it’s pretty hard to haul it back up. Best thing is to make sure the foundation is strong and it has been reinforced over the years, or “in a second” a career will come tumbling down.