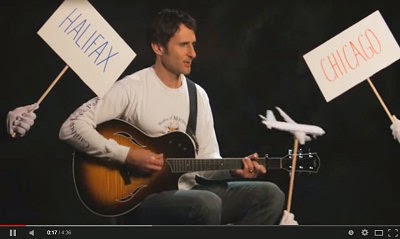 If you don’t make mistakes, you’re just not trying hard enough. But what do you do when the inevitable happens? What do you do when you or your staff makes a mistake? Mistakes can erode trust, but let’s be very clear: It’s not the mistake that causes distrust; it’s how the mistake is handled.

The cost to businesses when trust is damaged is huge. Dave Carroll’s experience with United Airlines is a case in point.

Carroll is a professional musician whose guitar was mishandled and damaged on a layover in Chicago. As he was sitting on the plane, waiting for takeoff, the passenger behind him said, “My God, they’re throwing guitars on the tarmac.” When he looked out the window, he recognized his guitar case. He reported what he saw to the first United representative he came in contact with, who quickly and rudely dismissed him with a “Not my responsibility.”

When he got to his final destination, he was relieved to see the guitar case looked okay. It wasn’t until he got to his hotel room and opened the case that he saw the true extent of the damage. His $3,500 Taylor guitar was broken. The repairs cost $1,200, and Carroll expected United to pay the bill. After nine months of futile negotiation, Carroll gave up… but not before telling United he was going to write a song about what he had been through. He posted a video – “United Breaks Guitars” – on YouTube, and to date that video has been viewed by over 100 million people around the world. (It was even played on TV, increasing it’s reach.)

In a Harvard case study, researchers calculated that the bad publicity engendered by the broken guitar and poor customer service cost United over $95 million in stock value and revenues. When I spoke with Carroll, he said it was United’s response to the damage, not the damage itself that inspired him to write the song. Imagine if someone at United had taken responsibility for the mistake and paid the claim. United wouldn’t have suffered damage to its reputation or its bottom line. Remember, as I said above, mistakes don’t cause distrust – how mistakes are handled causes distrust.

So, how should you and your team handle mistakes? Simple: apologize.

#1. Recognize the offense. Make sure you know exactly what the problem is. This may sound obvious, but it would surprise you how often the offender and the offended aren’t on the same page.

#2. Once you know what the problem is, take responsibility.

#3. Show remorse. If you’re going to say you’re sorry, mean it. If you don’t, it will come through, and a phony apology is worse than not giving one at all.

#4. Make restitution. Explain or demonstrate what you intend to do going forward.

#5. Repetition… and no, I don’t mean repeating the mistake. Show, through changed behaviors or positive actions, that you have learned the lesson. If your company is truly sorry for its mistake, then make sure you make good on your commitments and do what you said you would do.

When mistakes happen (and they will), how quickly you respond and how you respond will make the difference between how much you and your company are trusted.