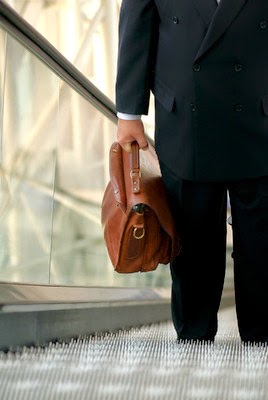 For 4 months they had been putting in 12-16 hour days, 6 days a week. Birthdays were missed and relationships suffered, but the spoken and unspoken message was that the experience gained on this – a complex international project – would be a boon to their careers. Then rumors started surfacing that there were going to be layoffs.

A few weeks later they were stunned to silence when the boss flew in from head office, brought the team together, and said, “We’re going to re-interview all of you since we aren’t sure we have the right people on the job. If we find you aren’t right for this position, we’ll find something else for you.” Some knew that the client they were working with had faced him with a difficult decision and he had been backed into a corner. The interviews were at the client’s insistence, but he was judged by the impact of the deed and how it was communicated.

The next day, he flew back to head office and left the interviews for an HR team. He wasn’t available for any questions or support, and his absence was viewed as uncaring and self-serving. If there were pressing reasons for his disappearance, he didn’t communicate them. In the absence of information, people filled in the void and, true to human nature, they believed the worst. After the interviews, a number of people were let go and told to find another position within the company.

Trust within the division was at an all time low. It could have been very different if the boss had applied the 5 C’s.

Commitment:
The boss made a commitment to help the staff that was laid off. Resources should have been made available instead of letting everyone flounder. If he couldn’t keep the commitment, he needed to let people know why.

Caring:
What a difference it would have made for his reputation if he had scheduled time to talk to each of the employees who were laid off. Flying in and out as soon as he gave the bad news was seen as cold and uncaring.

Consistency:
What was said and what was done didn’t jibe.

Competence:
People will question your competence if they don’t see it in action. He didn’t communicate his reasons for decisions that affected his staff’s livelihood and he was the person who had put them in their positions.

Communication:
All four of those competencies are based on a solid foundation of communication. In face to face communication, 55% of what is communicated is visual, and only 7 % are the words we use. The tone of your voice accounts for the other 38%. When you are having a conversation with someone, do they have your full attention? Are you making eye contact? Are you allowing the frustrations of the day to affect the tone of your voice? If one of your staff comes into your office with something important to say, close your computer, come from behind the desk, and give them your full attention. It’s one of the many small things you can do to build trust.

The recipe for trust building is to make small agreements, keep them, and make larger commitments and keep them. Clarify expectations since unclear expectations can undermine communication and trust. Always communicate immediately if you cannot keep a promise and clean up broken commitments immediately. As a leader you will make promises that others need to carry out for you. You will be judged by how well you follow up and your character will be judged on how well you accept responsibility.

If you follow the C’s of trust – Commitment, Caring, Consistency and Competence – and make sure that you Communicate them, you will be the trusted leader that others want to follow.