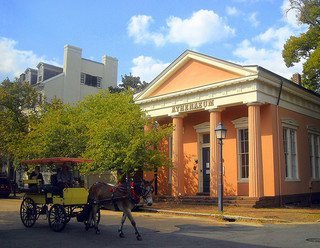 When my husband and I were transferred to the States, I thought our credit rating would be transferred along with us. Wrong! Buying a house or even getting a credit card was a long, laborious process that, at its best, was frustrating. At its worst it caused headaches when deposits were held resulting in overdraft fees or payments returned NSF.

At one point I was told that a check from a client was going to be held for two weeks before it could be deposited. I was livid. I went on social media and complained, and flippantly said that I expected someone to get back to me to straighten things out. That’s when I got a call from Jason. So, what’s the big deal? Someone from the bank responded. Well, at that time Jason Thacker was the Market President of TD Bank in Pennsylvania. I was impressed.

I asked Jason why he got back to me personally.

Jason said, “I realize how difficult it is to move internationally. I understood your particular situation because I’ve gone through it. You (Lea) were able to articulate the issue really well. We want to help every one of our customers. We talk about TD being the ‘Human Bank’ and this was a circumstance where I could do just that.”

I’ve often wondered what influence a company has on the trustworthiness of its people.

There is a lot of documentation on the collapse of Enron and at the heart was its corrupt and untrustworthy culture. People believed it was OK to lie, in fact the culture allowed it. Those who wanted to speak up were afraid to, and it didn’t matter how people made their numbers as long as they made them. But organizations don’t need to be untrustworthy to be successful.

Case in point, a question I had for Jason was about how he got people to trust him. “You have to demonstrate trust. You have to bring your best self to work every single day. My team sees how I operate. It will show in the development conversations we are having. It will show in the day-to-day interactions, how we talk to each other and how we treat each other. What is my level of respect for the complexity in their day? Am I just doing things because “I” need them? Or is there a broader set of objectives that considers their needs? I’ve attempted to always interact with the team in a way I would want to be treated,” Jason explained.

His response answered the question I had at the beginning: Do you trust the institution, or the people in the institution? In order to succeed, you need both. What do you think?